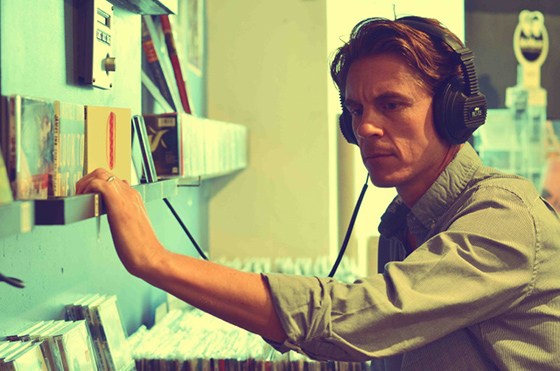 Really, it was based on high school – when you’re in high school and an album like Licensed to Ill comes out, it’s just a big deal. It was that period of time for me. I remember the ramps we were skating, the girls we were trying to date, the beer we snuck out the house- it was all of that… It was the unknown.

The first time I saw [The Beastie Boys] they came to town and opened for Madonna on the Like A Virgin Tour. I was 13. I think they got through 3 songs before the teeny boppers booed them off stage. As soon as I heard Licensed to Ill it was game on- I was this diehard fan.

When Paul’s Boutique came out I waited in line for 3 hours at Tower Records to be one of the first to buy it when they opened. At I first didn’t understand the genius of Paul’s Boutique because I wanted it at that time to be just like Licensed to Ill and it was such a departure, and way more sophisticated, the samples were way deeper and much more obscure. But it ended up being my favorite album of theirs.

MCA was kind of the spiritual leader and depth of the group and since his passing away a few months back their music has been back in heavy rotation in my life again.